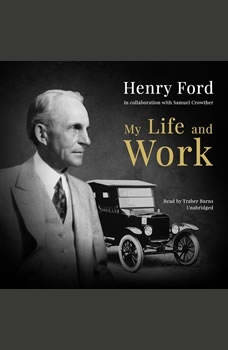 My Life and Work

The book that has inspired entrepreneurs for generations, My Life and Work by Henry Ford is not only a memoir of an American icon, but also shows the spirit that built America. Written in 1922, this work provides a unique insight into the observations, ideas, and problem-solving skills of this remarkable man.