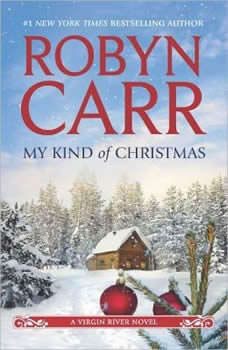 My Kind of Christmas

RITA recipient Robyn Carr is the #1 New York Times best-selling author of the wildly popular Virgin River books. The 20th in the series, My Kind of Christmas follows Patrick, the youngest Riordan brother, as he recovers from a tragic loss. After his best friend dies, Patrick tries to forget his sorrow in the arms of Jack Sheridan's beautiful niece, Angie. Now the couple just wants to be left alone this Christmas- but their families have other ideas.

Book 20 definitely makes it the longest running series Ive read although Lynsay Sands Argeneau Vampires series is getting close. A few of the more recent entries didnt seem quite up to old VR standards, but this one was surprisingly fresh while still revisiting many of our old friends. A fitting finale if thats what it is.

My Kind of Christmas
The Virgin River series #20