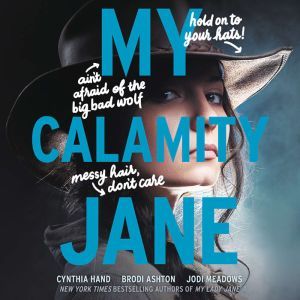 Hold on to your hats: The authors who brought you the New York Times bestseller My Plain Jane, which Booklist praised as “delightfully deadpan” (starred review) and Publishers Weekly called “a clever, romantic farce” (starred review), are back with another irreverent historical adventure.

Welcome to 1876 America, a place bursting with gunslingers, outlaws, and garou—better known as werewolves.

And where there are garou, there’re hunters: the one and only Calamity Jane, to be precise, along with her fellow stars of Wild Bill’s Traveling Show, Annie Oakley and Frank “the Pistol Prince” Butler.

After a garou hunt goes south and Jane finds a suspicious-like bite on her arm, she turns tail for Deadwood, where there’s talk of a garou cure. But rumors can be deceiving—meaning the gang better hightail it after her before they’re a day late and a Jane short.

In this perfect next read for fans of A Gentleman’s Guide to Vice and Virtue, bestselling authors Cynthia Hand, Jodi Meadows, and Brodi Ashton bring their signature spark to the side-splittin’, whopper-filled (but actually kind of factual?) tale of Calamity Jane. 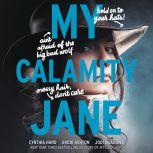 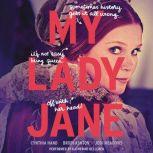 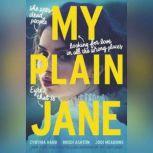 My Calamity Jane
The Lady Janies

My Lady Jane
The Lady Janies

My Plain Jane
The Lady Janies