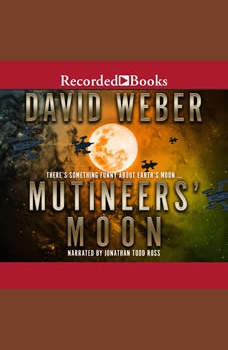 Mutiny For Lt. Commander Colin Maclntyre, it began as a routine training flight over the moon. For Dahak, a self-aware Imperial battleship, it began millennia ago when that powerful artificial intelligence underwent a mutiny in the face of the enemy. The mutiny was never resolvedDahak was forced to maroon not just the mutineers but the entire crew on prehistoric Earth. Dahak has been helplessly waiting as the descendants of the loyal crew regressed while the mutineers maintained control of technology that kept them alive as the millennia passed. But now Dahaks sensors indicate that the enemy that devastated the Imperium so long ago has returnedand Earth is in their path. For the sake of the planet, Dahak must mobilize its defenses. And that it cannot do until the mutineers are put down. So Dahak has picked Colin Maclntyre to be its new captain. Now Maclntyre must mobilize humanity to destroy the mutineers once and for all or Earth will become a cinder in the path of galactic conquest.