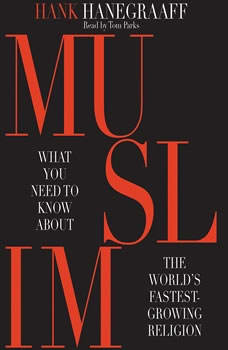 MUSLIM: What You Need to Know About the World's Fastest Growing Religion

Is Islam a peaceful and tolerant religion?

For all the debate over Islam and its growing presence in the world, one thing is often overlooked: Islam is not a religion in the sanitized Western sense. It is, in contrast, an all-encompassing sociopolitical legal matrix that has bred a worldview antagonistic to anything but itself. While there may be millions of peaceful and tolerant Muslims, many of them our neighbors, Islam itself is hardly peaceful and tolerant.

Islam is the only significant religious system in the history of the human race with a sociopolitical structure of laws that mandate violence against the infidel.  The current narrative is that to tell the truth in this regard is tantamount to radicalizing Muslims and exacerbating hostilities that may otherwise lie dormant. A common refrain has reverberated throughout the West: “Islam is not our enemy.” As well-intentioned as this mantra may be, it is a potentially dangerous stance once someone understands Islam in full.

Despite its incoherence, Islam—one billion six hundred million strong and growing—is poised to fill the vacuum left by a Western culture slouching inexorably towards Gomorrah. Demographics alone are alarming. While polygamist Muslims boast a robust birth rate, native Westerners are moving rapidly toward self-extinction. Filling the void are multiplied millions of Muslims who have no intention of assimilating into Western culture.

In MUSLIM: What You Need to Know about the World’s Fastest Growing Religion, Hanegraaff not only outlines the problems in accessible and memorable fashion, but moves toward potential solutions in the clash of civilizations.

A Battle for the Soul of Islam
by Dr. M. Zuhdi Jasser