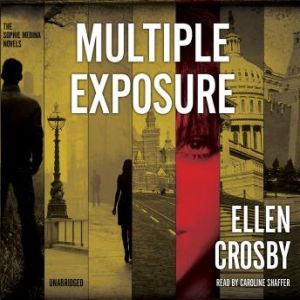 From the author of the lively and spirited (Providence Journal) Wine Country mysteries comes the first in a new series featuring a savvy female photographer whose husbands abduction embroils her in the world of international espionage and lost Romanov art treasures. When photojournalist Sophie Medina returns to London from an overseas assignment, she discovers that her husband Nick, a geologist and covert CIA operative, has been abducted. Three months later she is shocked when a friend in the British government says Nick was spotted in Moscow and is now not only a suspect in his boss murder but also potentially involved in illicit Russian oil deals. With her every move now closely watched, Sophie moves to Washington, DC, to be with family and friends. There Sophie is drawn deeper into Nicks shadowy world. While photographing an exhibit of two never-before-seen Faberg imperial eggs at the National Gallery of Art, Sophie is confronted by a Russian oil tycoon, implicating her former husband. On the run from Nicks enemies, Sophie plays a high-stakes game of Russian roulette as she tries to determine friend from foe and prove her husbands innocence. Weaving together political intrigue, art history, and espionage, this fast-paced story marks the start of a promising new series.