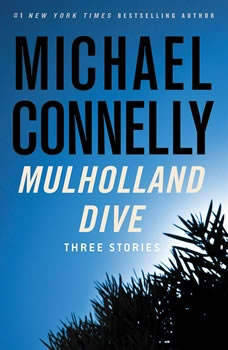 Three never-before-collected short stories from #1 New York Times bestselling author Michael ConnellyIn "Cahoots," a backroom poker game turns deadly when a cheater is exposed. In "Mulholland Dive," a man who deciphers the hidden codes of accident scenes investigates a fatality off L.A.'s most fabled roadway. In "Two-Bagger," an obsessed cop tails an ex-con he believes is about to carry out a contract killing.Together these gripping, unforgettable stories show that Michael Connelly "knows the workings of the LAPD and the streets of the City of Angels like he knows his own name" (Boston Globe). [Word count: 14,054]