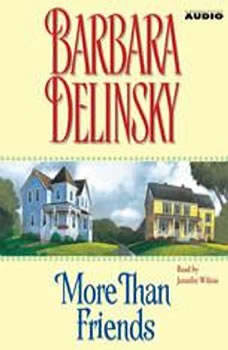 Friendship, love, and forgiveness... The Maxwells and the Popes have been friends forever. The women were college roommates, their husbands are partners in the same law firm, their kids have grown up next door to each other, and the two families share both vacations and holidays. Like Wisteria Lane, the "perfect" suburban street of Desperate Housewives, all is beautiful and serene -- until an accident forces these close neighbors to look beneath the surface. And when their idyllic lives are unexpectedly shattered by a moment that can never be erased or forgotten, their faith in one another -- and in themselves -- is put to the supreme test. In this moving, unforgettable story, Barbara Delinsky exquisitely captures the depth and complexity of the human heart as few writers can.

The first book in #1 New York Times bestselling author Sandra Brown’s beloved Texas! trilogy introduces readers to a close-knit family struggling to go on without its patriarch—and to a man in pursuit of an elusive woman who may hold his...

Marlie Keen was trying to lead a quiet, ordinary life. She thought the knowing—the clairvoyance that allowed her to witness crimes as they happened—had been destroyed in the nightmare of her past. Then one night it returned with a vengea...