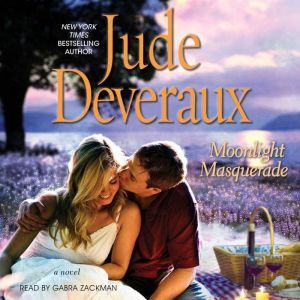 Jude Deveraux’s bestselling trilogy of Edilean, the small Virginia town where the surprising destinies of three college friends wait to be discovered, continues with this enchanting new novel. After being abruptly jilted, Sophie Kincaid flees to the place her friend Kim Aldredge calls heaven on earth. But Sophie’s first taste of Edilean is far from heavenly: after her car breaks down on a country road, she is nearly run over by a speeding sports car. A small act of revenge brings some satisfaction, and word quickly spreads that a gorgeous newcomer gave the driver, the notoriously bitter Dr. Reede Aldredge, a dressing down! But it isn’t the first time the fiery artist has gone too far for payback; a secret possession she carries with her could shatter her ex-boyfriend’s future. Reede Aldredge has secrets, too, including a desire to get closer to the beauty who is turning his dark world upside down. Under the night skies, their masquerade is magic—but will it turn to dust by the light of day?