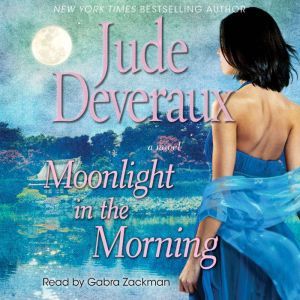 Moonlight in the Morning

In an all-new trilogy set in blissful Edilean, Virginia, Jude Deveraux weaves together the tales of three young women, best friends since college, and the lives, loves, and dreams that await them. Sparks are flying between Jecca Layton and Dr. Tristan Aldredge. At the urging of her dear friend Kim, Jecca put the ruthless New York City art world on hold to spend the summer pursuing her passion for painting while enjoying Edilean’s tightly knit artistic community. For years, Kim’s cousin Tris—the town’s handsome and dedicated doctor—felt a deep connection to Kim’s college “sister” Jecca, though they had met only once before; now, Jecca is swept off her feet by this strong, sensitive man in a summer of sensual delights. But when long shadows announce Jecca’s return to “real life” and the big city, the lovers must decide: Can they survive the distance? And who will sacrifice the life they’ve created for themselves to be together?