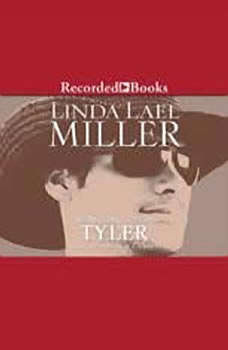 Linda Lael Miller’s Montana Creeds series draws to a close in this final riveting tale. The youngest of the three Creed brothers, Tyler is a big-time rodeo star when he returns to his humble hometown of Stillwater Springs. It’s not long before he’s fighting with his brothers again, and it seems like the past is due to repeat itself. But that may not be so bad, because Tyler’s first love Lily is back as well, and their feelings for each other have never been stronger.

A Creed in Stone Creek
by Linda Lael Miller

Best-selling author Linda Lael Miller sets hearts racing with her pulse-pounding tales of the Montana Creeds. Recorded Books’ listeners have thrilled to the stories of the Creed brothers, as rugged and complex as the Montana landscape. And f...

Will the marriage pact be fulfilled? Return to Mustang Creek, Wyoming, with #1 New York Times bestselling author Linda Lael Miller for more Brides of Bliss County! Since Hadleigh, Melody and Bexthe best of best friendsentered into a marriage pact, t...

Tall, lean and headstrong, FBI agent Kilraven lives by his own rules. And one of those rules includes keeping his hands off Jacobsville’s resident sweetheart, Winnie Sinclair, no matter the temptation. Shy and innocent, Winnie couldn’t h...

Drake Carson is the quintessential cowboy. In charge of the family ranch, he knows the realities of this life, its pleasures and heartbreaks. Lately, managing the wild stallions on his property is wearing him down. When an interfering so-called expe...

Shoulda Been a Cowboy
by Lorelei James

The bigger they are, the harder they fall—in love. Rough Riders, Book 7. Soldier Cameron McKay has found his niche, and it ain’t ropin’ steers and wearin’ spurs. His deputy sheriff job, plus battle injuries that ended his mil...

The women of Bliss County have a pactto find husbands. The right husbands. One already has: Hadleigh Stevens, who married rancher Tripp Galloway a few months ago. Now Melody Nolan thinks it's her turn. Melody has recently found success as a jewelry...

Even in the wide open spaces of Texas, secrets find a place to hide…in the heart of a shy determined woman; behind the hard, rugged exterior of a DEA agent; and in the dangerous world of drug smuggling.Rodrigo Ramirez is sent undercover as an ...

When a patch of ice sends attorney Ginger Paulson head-over-high-heels down a flight of stairs, she has no one to care for her young son and her invalid father—until lethally sexy Kane McKay shows up at the hospital, determined to prove his co...

Lucky in Love
by Carolyn Brown

When hunky rancher "Lucky Beau" Luckadeau accuses spitfire Milli Torres of stealing his prize bull, she promptly shoots at him, triggering a neighborly feud that only gets resolved when they discover they share a steamy hot memory from a night long ...