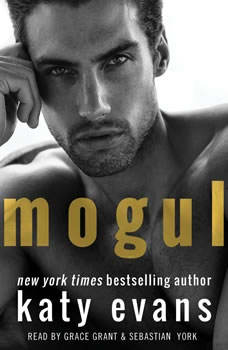 A brand new contemporary romance from New York Times, Wall Street Journal, and USA Today bestselling author Katy Evans.He’s my most delicious secret. The hot Suit I had a one-night stand with one evening. I didn’t know anything about him, not even his name. Only that we shared a taxi, and he was staying at the hotel where I worked. We met in room 1103. Where he commanded not only my body but my soul. The next day he was gone and I only had a memory of him. I could still taste his kisses, feel his demanding touch. I searched for him for months. Daydreaming about him. Wondering if I’d ever find him. Until the day I find myself staring face to face with his jeweled black eyes again. He says let's keep it casual, and my heart knows that falling for this workaholic in a three-thousand-dollar suit is off the table. Because he has a secret. One that’s a deal breaker for me. My Suit has a name. Ian Ford. And this is our story. *Mogul contains characters from Tycoon, but is written as a standalone.