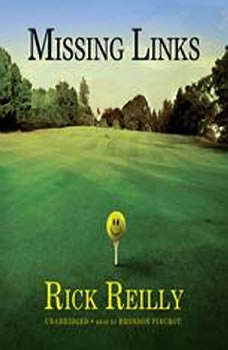 From Sports Illustrated writer Rick Reilly comes this spoof of all things golf and country club. Missing Links is the story of four middleclass buddies who live outside Boston and play golf together at Ponkaquogue Municipal Golf Links and Deli, not so fondly known as Ponky. An eighteenhole garbage dump with hazards that include a concrete river surrounded by a chainlink fence and the pillars of the elevated train that runs through the course, it is reputed to be the worst golf course in America. One day the group inadvertently discovers that all along they've been playing right next door to the Mayflower Club, a true golfing Eden. The rollicking plot includes a bet to see who will be first to sneak in a round at the Mayflower, as well as the narrator's attempts to reach some sort of reasonable understanding with his overbearing father.