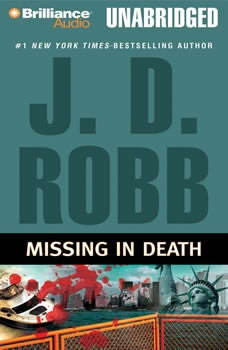 Investigating a woman’s disappearance on a New York City ferry, Detective Eve Dallas wonders…if she didn’t jump, and she’s not on board, then where in the world is she?#1 New York Times Bestselling Author Nora Roberts writing as J.D. Robb“Tough as nails and still sexy as hell.” —Stephen King“Can’t-miss pleasures.” —Harlan Coben“Wonderful!” —Robert B. Parker

Missing in Death
In Death Series #0