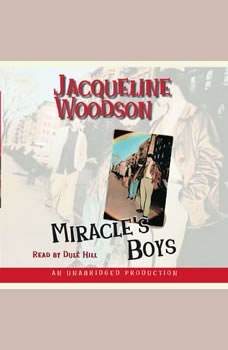 Nothing is like it used to be. If it were, Mama would still be alive. Papa wouldn’t have died. And Charlie would still be the same old loving big brother to 13-year-old Lafayette, not a hostile stranger, just back from doing time at a correctional facility. Oldest brother, Ty’ree, would have gone to college, instead of having to work full-time to support the three of them. And Lafayette wouldn’t be so full of questions, like why Mama had to die, why Charlie hates him so much now, and how they’re all supposed to survive these times together when so much seems to be set against them.

Jacqueline Woodson brings us the story of three remarkable young men—brothers who have only each other to rely on and must decide whether they’ll work with that or let it tear them apart.