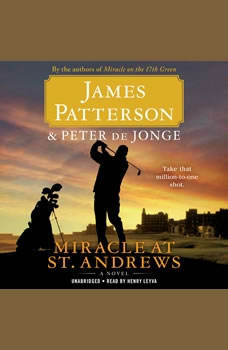 Miracle at St. Andrews: A Novel

The Miracle series continues with a pilgrimage to the mythical greens at St. Andrews. If golf novels had a leaderboard, Miracle at St. Andrews would be at the top. Though nobody has ever identified a single secret--no universally accepted truth--to the sport, every real player searches for one. Travis McKinley is one such seeker. A former professional golfer who feels like he's an amateur at the rest of life, he makes a pilgrimage to the mythical greens at St. Andrews. On the course where golf was born, every link, hole, fairway--even the gorse--feels like sacred ground. Ground that can help an ordinary player, an ordinary man, achieve a higher plane.