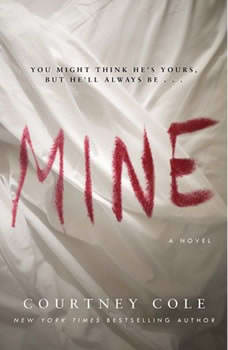 Tessa was prepared for the hurricane. Lindsey was the storm she didn’t see coming.When Tessa Taylor unlocked her husband Ethan’s iPad to discover nude photos from a twenty-six-year-old bombshell named Lindsey, her seemingly perfect life came to a screeching halt. With a hurricane barreling toward Florida and Ethan stuck on a business trip, Tessa finds herself imprisoned in her own home with a choice to make: Does she ride out the storm until she can confront Ethan in person, or does she take matters into her own hands? Increasingly restless and desperate for revenge, Tessa resolves to act. And when she lures Lindsey over a few hours later, there’s no turning back. What ensues is a battle of wills between two well-matched opponents, blinded by love for the same man but driven by demons of their own. Like storm-ravaged Florida, neither woman will be the same when the skies clear. He’s mine. Both wife and mistress would stake their lives on it. But only one of them can be right.

The Gifted School
by Bruce Holsinger

Fleishman Is in Trouble
by Taffy Brodesser-Akner