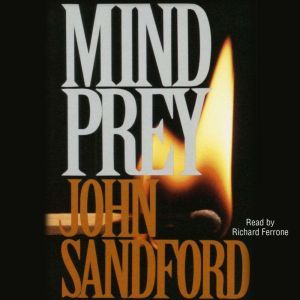 It was raining when Andi left the parent-teacher meeting with her two daughters, and she was distracted. She didn't notice the red van parked beside her, or the van door slide open. The last thing she did notice was the hand reaching out from her and the menacing voice from the past. When Lucas Davenport hears that psychiatrist Andi Manette and her daughters have been kidnapped, he knows instinctively that he's about to tackle one of his worst ever cases. For this time, Davenport has truly met his match - a nemesis more intelligent, and more depraved, than any he has tracked before. A pure, wanton killer who knows more about mind games than Davenport himself.