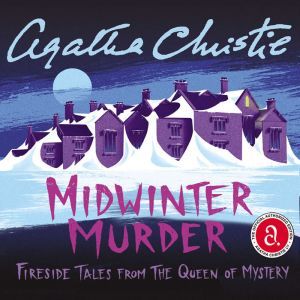 Midwinter Murder: Fireside Tales from the Queen of Mystery

An all-new collection of winter-themed stories from the Queen of Mystery, just in time for the holidays—including the original version of “Christmas Adventure,” never before released in the United States!

There’s a chill in the air and the days are growing shorter . . . It’s the perfect time to curl up in front of a crackling fire with these wintry whodunits from the legendary Agatha Christie. But beware of deadly snowdrifts and dangerous gifts, poisoned meals and mysterious guests. This chilling compendium of short stories—some featuring beloved detectives Hercule Poirot and Miss Marple—is an essential omnibus for Christie fans and the perfect holiday gift for mystery lovers.

“Agatha Christie [is] the maestro of murder tales.” —People