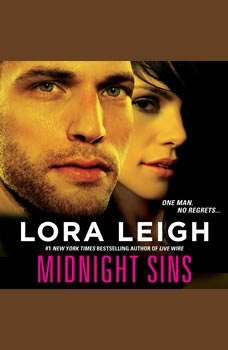 His name is Rafer Callahan. He was a kid from the wrong side of the tracks who fought through life the only way he knew how: with his fists. But Rafer never meant to bring any harm to Cambria Flannigan, the girl—the lover—whose sister he'd been unable to save…Cami lost her sister in the brutal murders that rocked her hometown so many years ago. Some still believe that Rafe, along with his friends Logan and Crowe, were involved. But how could Rafe—who haunted her girlish dreams, then her adult fantasies—be a killer? That is the question that keeps her up at night.Now a prosperous ranch owner, Rafe is trying to build a new legacy for himself. It's finally time to settle the score with Cami—and make her his. But old wounds open up with a series of new murders…and each of the victims has a connection to Rafe, Logan, and Crowe. With suspicion, fear, and loyalty tearing her apart, Cami is once again at risk of losing her heart—or her life.

Virginia’s Shenandoah Valley, in the shadow of the Blue Ridge Mountains, is a long way from Hollywood. And that’s exactly how Cilla McGowan likes it. Cilla, a former child star, has found a more satisfying life working with her hands to...