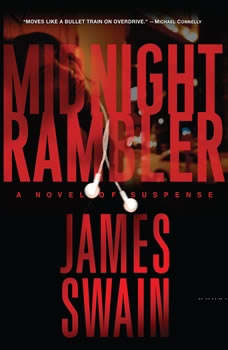 Years ago, South Florida cop Jack Carpenter beat up a murder suspect named Simon Skell, a dangerous predator with a penchant for playing the Rolling Stones' "Midnight Rambler" as he tortured young women. When Jack lost his temper, he lost his job and his marriage, too; so as Skell's early release from prison draws near, the tarnished hero-now a specialist in cases of missing children-sees an opportunity to make things right. Scrambling to gather more evidence, Jack uncovers a shocking criminal conspiracy: a group of four men who kidnap and kill young women on the margins of society. Teaming up with an FBI agent, Jack must outwit and outrun his enemies. A 2008 Barry Award Finalist for Best Thriller.