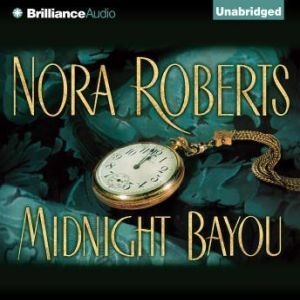 Declan Fitzgerald had always been the family maverick, but even he couldn't understand his impulse to buy a dilapidated mansion on the outskirts of New Orleans. All he knew was that ever since he saw Manet Hall, he'd been enchanted - and obsessed - with it. So when the opportunity to buy the house comes up Declan jumps at the chance to live out a dream. Determined to restore Manet Hall to its former splendor, Declan begins the daunting renovation room by room, relying on his own labor and skills. But the days spent in total isolation in the empty house take a toll. He is seeing visions of days from a century past, and experiencing sensations of terror and nearly unbearable grief - sensations not his own, but those of a stranger. Local legend has it that the house is haunted, and with every passing day Declan's belief in the ghostly presence grows. Only the companionship of the alluring Angelina Simone can distract him from the mysterious happenings in the house, but Angelina too has her own surprising connection to Manet Hall - a connection that will help Declan uncover a secret that's been buried for a hundred years.

This was such a great book. I love ghost stories. This story gave me just the right amount of tingles up my spine. I was so sad when I finished the book. I love to be spooked but not too spooked. Fantastic!