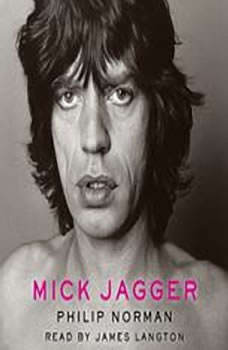 Author Phillip Norman, whose previous bestseller, John Lennon: The Life, was praised as a “haunting, mammoth, terrific piece of work” (New York Times Book Review) and whose classic Shout! is widely considered to be the definitive biography of the Beatles, now turns his attention to the iconic front man of the Rolling Stones, “the greatest rock ’n’ roll band in the world.” Norman’s Mick Jagger is an extraordinarily detailed and vibrantly written in-depth account of the life and half-century-long career of one of the most fascinating and complex superstars of rock music—the most comprehensive biography to date of the famously enigmatic musician. Keith Richards had his say in Life. Now it’s time to get to know intimately the other half of the duo responsible for such enduring hits as “Paint It Black,” “Sympathy for the Devil,” “Gimme Shelter,” and “(I Can’t Get No) Satisfaction.” Mick Jagger is a must read for Stones fans, and everyone who can’t get enough of the serious memoirs and biographies of popular musicians, like Patti Smith’s Just Kids, Does the Noise in My Head Bother You? by Steven Tyler, and the Warren Zevon story, I’ll Sleep When I’m Dead.

In his first and only official autobiography, music icon Elton John reveals the truth about his extraordinary life, from his rollercoaster lifestyle as shown in the film Rocketman, to becoming a living legend.Christened Reginald Dwight, he was a shy...