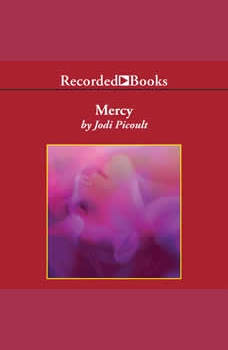 New York Times best-selling author Jodi Picoult has an incredible talent for taking hot-button social issues and weaving them into compelling page-turners. In Mercy, she explores the depths of love in its many forms. Police chief Cameron McDonald has lived in idyllic Wheelock, Massachusetts for most of his life, as has his beloved wife Allie. Their comfortable lives are thrown into tumult, however, when Cam's distant cousin Jamie arrives in town along with his wife's dead body. Jamie admits to the murder-a mercy killing to end the pain caused by a ravaging cancer. And now Cam is torn by his oath to uphold justice and his family obligations as chief of the Scottish McDonald clan. Meanwhile, another new arrival in town, Mia Townsend, threatens to unwittingly drive a dagger through Cam's marriage. Deftly portraying the complexities of love and passion, Picoult delivers another literary triumph with Mercy. "What could have been a competent, topical novel about a mercy killing becomes, in Picoult's hands, an inspired meditation on love."-Publishers Weekly