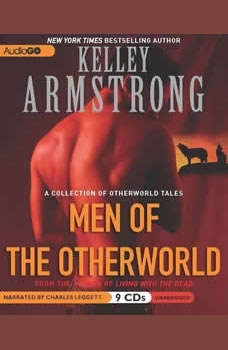 Men of the Otherworld

As a curious six-year-old, Clayton didn't resist the bite-he asked for it. But surviving as a lone child-werewolf was more than he could manage-until Jeremy came along, taught him how to straddle the human-werewolf worlds, and introduced him to the Pack. So begins this tantalizing volume featuring three of the most intriguing members of the American Pack-a hierarchical founding family where bloodlines mean everything and each day presents a new, thrilling, and often deadly challenge. For as Clayton grows from a wild child to a clever teen who tests his mentor at every turn, he must learn not only to control his animal instincts but to navigate Pack politics-including showing his brutal archnemesis who the real Alpha is.