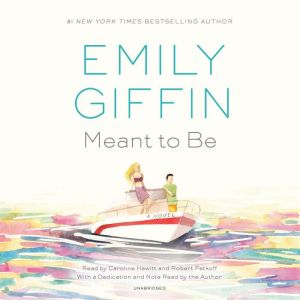 Meant to Be: A Novel

A restless golden boy and a girl with a troubled past navigate a love story that may be doomed before it even begins, in this “glorious, satisfying” (Adriana Trigiani) new novel from the #1 New York Times bestselling author of All We Ever Wanted and The Lies That Bind.

“I’m a sucker for an iconic, against-all-odds love story, and Meant to Be truly delivers.”—Tia Williams, author of Seven Days in June

The Kingsley family is American royalty, beloved for their military heroics, political service, and unmatched elegance. In 1967, after Joseph S. Kingsley, Jr. is killed in a tragic accident, his charismatic son inherits the weight of that legacy. But Joe III is a free spirit—and a little bit reckless. Despite his best intentions, he has trouble meeting the expectations of a nation, as well as those of his exacting mother, Dottie.

Meanwhile, no one ever expected anything of Cate Cooper. She, too, grew up fatherless—and after her mother marries an abusive man, she is forced to fend for herself. After being discovered by a model scout at age sixteen, Cate decides that her looks may be her only ticket out of the cycle of disappointment that her mother has always inhabited. Before too long, Cate’s face is in magazines and on billboards. Yet she feels like a fraud, faking it in a world to which she’s never truly belonged.

When Joe and Cate unexpectedly cross paths one afternoon, their connection is instant and intense. But can their relationship survive the glare of the spotlight and the so-called Kingsley curse? In a beautifully written novel that captures a gilded moment in American history, Emily Giffin tells the story of two people searching for belonging and identity, as well as the answer to the question: Are certain love stories meant to be?