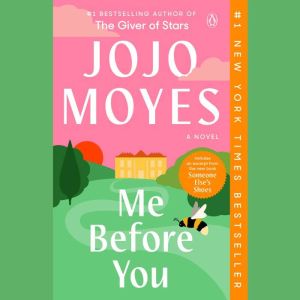 Series: Me Before You Trilogy #1

The New York Times bestseller, soon to be a major motion picture; US release on June 3, 2016.

They had nothing in common until love gave them everything to lose . . .

Louisa Clark is an ordinary girl living an exceedingly ordinary life—steady boyfriend, close family—who has never been farther afield than their tiny village. She takes a badly needed job working for ex–Master of the Universe Will Traynor, who is wheelchair bound after an accident. Will has always lived a huge life—big deals, extreme sports, worldwide travel—and now he’s pretty sure he cannot live the way he is.

Will is acerbic, moody, bossy—but Lou refuses to treat him with kid gloves, and soon his happiness means more to her than she expected. When she learns that Will has shocking plans of his own, she sets out to show him that life is still worth living.

A Love Story for this generation, Me Before You brings to life two people who couldn’t have less in common—a heartbreakingly romantic novel that asks, What do you do when making the person you love happy also means breaking your own heart?

Despite the literary praise ME BEFORE YOU received in the beginning of 2013, I was hesitant to read it. I had JoJo Moyes was a romance writer which is not my favorite genre. Not pure romance or the type that are disguised as suspense or a historical novel anyway. When Books A Million had it as its October Book Club pick I decided to give it a try and was immediately captivated by the story. The novel is about a young woman named Louisa Clark who loses her job after the pub she had worked at for six years closed. Her family being financially strapped with both parents out of work and her sister going to college, Lou goes to the job center and accepts a position as a companion to a 35 year old quadriplegic man named Will. Without any practical experience as a caregiver, Lou relied a lot on her feelings, eagerness to learn and the need to help support her family. Will had been a very active man before the accident. He was a CEO of a company, had lots of friends, a steady girlfriend, traveled a lot and did risky things like skydiving and scuba. Having to live his life in a wheelchair naturally made him bitter at his fate. One day Lou overhears his parents and sister talking and she finds out that Will wanted to go to Switzerland to the Dignitas center to end his life. She is horrified at the thought Will did not want to live so she made it her mission to change his mind. I love the relationship between Lou and Will and how they went from mistrust to total confidence in each other as time went on. The other characters in the book provided great supporting roles including Lous sister Katrina who helped her get started on her plan to help Will be happy and the people in the Internet chat room where Lou turned to for advice and answers. The book is funny, frustrating, heartwarming and heart wrenching and raises questions about quality of life and ***isted suicide. This was no mere romance of the monthly romance publishers kind but a true literary romance that a reader c an be involved with on a personal level. Her writing reminds me a little of Sophie Kinsella but with more depth. Ms Moyes has some very creative ideas for character and plot and a story that will linger with the reader long after the final pages of the book have been read.

I love this book. The author is a great story teller. I did not want to put this book down. I have put this book down for my book club to read and discuss. We should have some very interesting thoughts on this book. I was impressed with the ending, It was very well written, sad but good. The only way it could be.

I thought this was a reasonably well written book though it was pretty depressing over all. I was not horrified by Wills decision. I imagine, if I were in the same situation I would have done the same. You can see where its going and why. I thought all of the agonizing over the decision was a bit overdone, but then, I dont have a problem with it. It does open a dialogue about the whole ***isted suicide thing. I thought Louisa and her sister were pretty immature, and the parents self absorbed and a bit immature themselves. It was just an overall depressing book and I would rather read something happier. 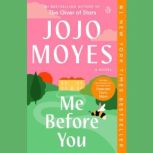 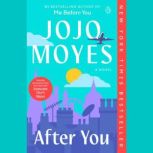 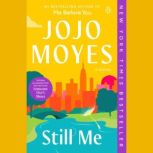