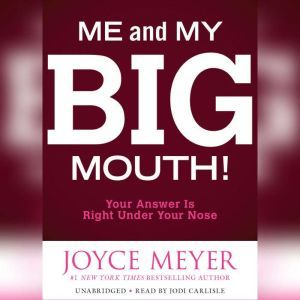 Me and My Big Mouth!: Your Answer Is Right Under Your Nose

This book will show you how to train your mouth to speak words that will make you overcomers in this life. It emphasizes that speaking the Word of God must be coupled with living a life of complete obedience in order to see the power of God flow.