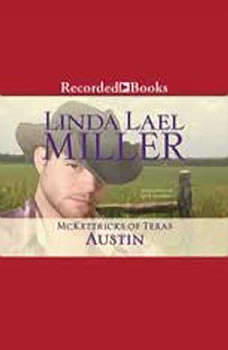 Hot Texas nights are always in store for the strapping heroes and passionate ladies of Linda Lael Miller’s New York Times best-selling romances. In this chapter of her remarkable McKettricks saga, bull rider Austin returns home to Blue River a broken man—his career over and his love life in shambles. But as he is nursed back to health—physically and emotionally—by the demanding nurse his brothers hired for him, Austin determines to grab life by the horns and ride once again.

With his father's rodeo legacy to continue and a prosperous spread to run, Walker Parrish has no time to dwell on wrecked relationships. But country-western sweetheart Casey Elder is out of the spotlight and back in Parable, Montana. And Walker can'...

Self-made tycoon Landry Sutton heads to Hangman Bend’s Ranch to sell his land to his brother Zane. Though he’s got cowboy in his blood, Landry plans to return to city life before the dust even settles on his boots. Of course, he didn&rsq...

A Proposal for Christmas
The McKettrick series