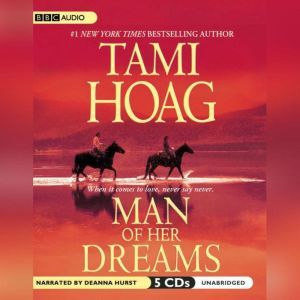 Man of Her Dreams

Maggie McSwain should have been thrilled when Rylan Quaid asked her to marry him. Instead, she was crushed. After all her romantic fantasies, Ry's proposal was missing one crucial element: love. But Maggie would prove to Ry that he had a heart-and then she'd use every teasing, tempting ounce of seductive power she had to capture it. The next time he proposed to her-and there would be a next time-common sense would be the last thing on his mind. As far as Ry was concerned, solid partnerships made for lasting marriages-and that's what he could have with Maggie.Of course he wanted her, as any man with eyes would want her. But he couldn't love her, because he'd vowed never to fall in love again. Now it seemed that the only way to make her his wife was to use reverse psychology. He'd just retract his proposal-and pretend to be immune to her charms. He had no idea what a challenge that would turn out to be.