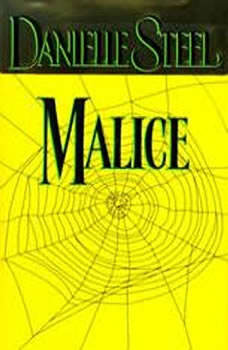 In her 37th bestselling novel, Danielle Steel tells the compelling story of a woman who must struggle to overcome a shattering betrayal, and the cruelest kind of malice.

At seventeen, the night of her mother's funeral, Grace Adams is attacked. It is not the first time, and a brutal crime ensues.

And to everyone's horror, Grace will not tell the truth. She is a young woman with secrets too horrible to tell, with hurts so deep they may never heal. She is also beautiful enough for men to want her no matter how much she does not want them. Whatever the outcome, Grace Adams will have to live with whatever happened during those terrible years. After a lifetime of being a victim, now she must pay the price for other people's sins.

From the depths of an Illinois women's prison to a Chicago modeling agency to a challenging career in New York, Grace must carry the past with her wherever she goes. And in healing her own pain, she reaches out to battered women and children who live a nightmare she knows all too well.

When Grace meets Charles Mackenzie, a New York lawyer, she has found a man who wants nothing from her-except to heal her, to hear her secrets, and to give her the family she so desperately wants. But, with happiness finally within her grasp, and precious loved ones to protect, Grace is at her most vulnerable-in danger of losing everything to a vicious tabloid press and an enemy from her past, an enemy bent on malice at all costs.

With rare insight and power, Danielle Steel writes this extraordinary woman's story, portraying her struggle to triumph over malice and betrayal, and to transform a lifetime of pain into a blessing for others. Revealing both the stark reality of domestic abuse and the healing power of love, Malice, is more than superb fiction. It is a piece of life.