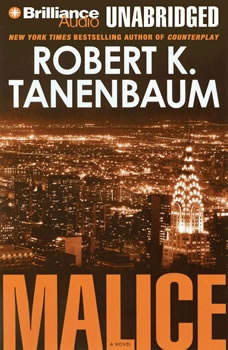 New York District Attorney Butch Karp, recovering from an assassination attempt that came within a few millimeters of killing him, takes on a shadowy cartel that uses terrorists to further its criminal empire while sliding the United States toward a fascist state that the cartel controls. As Karp struggles to uncover those responsible for planning the terrorist murders of six schoolchildren, he goes to the aid of the younger brother of his college roommate, who has been unfairly suspended from his position as baseball coach at a university in Idaho. Meanwhile, Marlene Ciampi is in Idaho to help her husband with the investigation, and she befriends a Basque sheepherder who is demanding answers to the disappearance of his daughter—a pretty college coed he suspects is having an affair with the school’s president—which may be related to Karp’s case. And if that wasn’t enough, the couple’s daughter, Lucy, and her eclectic group of accomplices must uncover a traitor’s plot and stop an assassination attempt surreptitiously planned to occur in the heart of Manhattan.