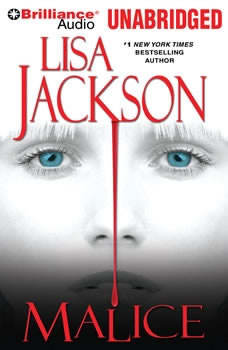 The scent is unmistakable – gardenias, sweet and delicate, the same perfume that his beautiful first wife, Jennifer, always wore. Opening his eyes in the hospital room where he’s recovering from an accident, New Orleans detective Rick Bentz sees her standing in the doorway. Then Jennifer blows him a kiss and disappears. But it couldn’t have been Jennifer. She died twelve years ago... Once out of the hospital, Bentz begins to see Jennifer everywhere. Could she still be alive? But it was Bentz who identified Jennifer’s body after her horrible car wreck, and there had been no question in his mind that it was her crumpled form behind the wheel, her clothes, her wedding ring. He’s never doubted it – until now. He can’t tell his new wife, Olivia, about the sightings or his secret fear that he’s losing his mind. But Olivia is also hiding a secret... When a copy of Jennifer’s death certificate arrives in the mail, emblazoned with a red question mark, Bentz follows the postmark trail to Los Angeles, returning to the painful memories he’s tried so hard to forget, and straight into a killer’s web. Someone’s been waiting patiently, silently. Someone who knows exactly what happened that night twelve years ago and has been anticipating Bentz’s every move. Soon it will be Bentz’s turn to suffer for his sins. But he won’t be the only one made to pay the ultimate price. For a diabolical killer has now made Olivia the prime target...