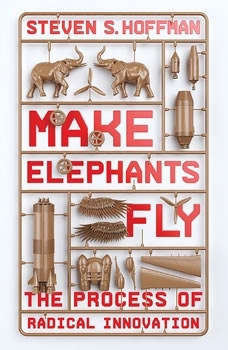 Drawing on examples of the hottest innovators in Silicon Valley, this step-by-step guide will show you how to develop, test and launch your impossibly big idea to success. Almost every major company today has made innovation its number one priority. Yet fewer than one in four executives believe their organizations are effective innovators. The pressure to innovate and the price paid for failure keeps rising, while most companies haven't progressed at all. They are still using the same antiquated techniques pioneered decades ago. This is why some of the biggest corporations in the world manage to lose entire markets to startups they've never heard of.In today's world, everyone will need to innovate to stay competitive. It doesn't matter if you're a startup founder, corporate executive, small business owner, freelancer or professional, there's a technology out there that's going to upend your industry. And if you aren't able to harness it to your advantage, someone else will. Innovation is no longer an option--it's the price of admission into the business world.Make Elephants Fly is designed to help you implement the same innovation methodologies and processes as Silicon Valley startups. It will teach you: How startups come up with breakthrough products and services. How to structure innovation teams. The best ways to identify and vet new ideas. What it takes to foster a culture of innovation. How to establish a process of innovation throughout your organization.By the time you've digested this book, you will have the tools needed to take your impossibly big idea and make it fly!