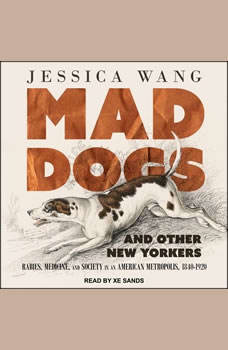 Mad Dogs and Other New Yorkers: Rabies, Medicine, and Society in an American Metropolis, 1840–1920

Mad Dogs and Other New Yorkers offers lay persons and specialists alike the opportunity to contemplate a tumultuous domain of people, animals, and disease against a backdrop of urban growth, medical advancement, and social upheaval.