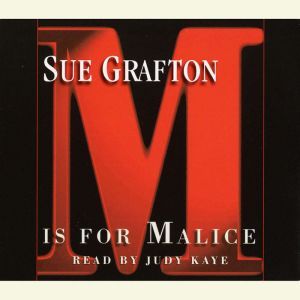 M Is For Malice

Kinsey Millhone's latest client is Malek Construction, a $40 million company still in family hands. It doesn't take an accountant to see that the four Malek brothers stand to inherit a fortune. But one of the brothers has been missing for 18 years, and Kinsey's assignment is to find him.

The stock of family memories is filled with nothing but bitterness, and the prodigal son will find no comfort at the Malek table. If there's one thing that goes hand in hand with bad blood, it's murder -- and that's just around the corner. 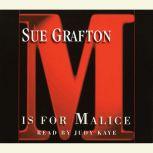 M Is For Malice
A Kinsey Millhone Novel #13