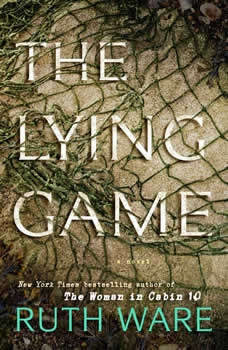 From the New York Times bestselling author of the “pulse-quickening” (Good Housekeeping, UK) In a Dark, Dark Wood and The Woman in Cabin 10 comes Ruth Ware’s highly anticipated third novel, featuring her signature “verve and energy” (Library Journal).On a cool June morning, Isa Wilde, a resident of the seemingly idyllic coastal village of Salten, is walking her dog along a tidal estuary. Before she can stop him, Isa’s dog charges into the water to retrieve what first appears to be a wayward stick—and to her horror, she discovers it’s not a stick at all…but a human bone. As her three best friends from childhood converge in Salten to comfort a seriously shaken-up Isa, terrifying discoveries are made, and their collective history slowly unravels. Tackling the slipperiness of your memories, the relativity of truth, and the danger of obsessive friendships, The Lying Game is a gripping mystery with compelling characters and electric prose, resulting in an unputdownable thriller.