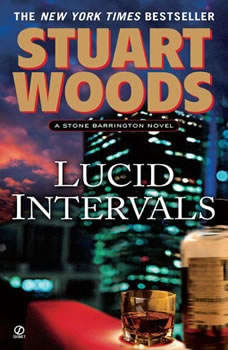 It seems like just another quiet night at Elaine's. Stone Barrington and his former cop partner, Dino, are enjoying some pasta when in walks former client and all around sad sack Herbie Fisher...with a briefcase containing $14 million in cash.

Herbie claims to have won the money on a lucky lotto ticket, but he also says he needs a lawyer-and after a single gunshot breaks the window above his head and sends diners scrambling, Stone and Dino suspect Herbie might need a bodyguard and a private investigator, too.