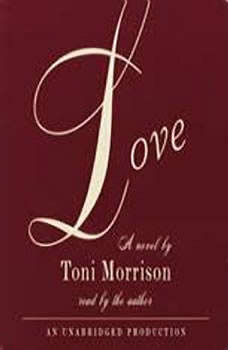 From the internationally acclaimed Nobel laureate comes a richly conceived novel that illuminates the full spectrum of desire.

May, Christine, Heed, Junior, Vida -- even L: all women obsessed by Bill Cosey. More than the wealthy owner of the famous Cosey Hotel and Resort, he shapes their yearnings for father, husband, lover, guardian, friend, yearnings that dominate the lives of these women long after his death. Yet while he is both the void in, and the centre of, their stories, he himself is driven by secret forces -- a troubled past and a spellbinding woman named Celestial.

This audacious vision of the nature of love -- its appetite, its sublime possession, its dread -- is rich in characters and striking scenes, and in its profound understanding of how alive the past can be.

A major addition to the canon of one of the world’s literary masters.

This is coast country, humid and God fearing, where female recklessness runs too deep for short shorts or thongs or cameras. But then or now, decent underwear or none, wild women never could hide their innocence -- a kind of pitty-kitty hopefulness that their prince was on his way. Especially the tough ones with their box cutters and dirty language, or the glossy ones with two-seated cars and a pocketbook full of dope. Even the ones who wear scars like Presidential medals and stockings rolled at their ankles can’t hide the sugar-child, the winsome baby girl curled up somewhere inside, between the ribs, say, or under the heart. -- from Love