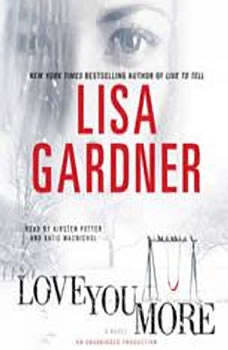 WHO DO YOU LOVE?

One question, a split-second decision, and Brian Darby lies dead on the kitchen floor. His wife, state police trooper Tessa Leoni, claims to have shot him in self-defense, and bears the bruises to back up her tale. For veteran detective D. D. Warren it should be an open-and-shut case. But where is their six-year-old daughter?

As the homicide investigation ratchets into a frantic statewide search for a missing child, D. D. Warren must partner with former lover Bobby Dodge to break through the blue wall of police brotherhood, seeking to understand the inner workings of a trooper’s mind while also unearthing family secrets. Would a trained police officer truly shoot her own husband? And would a mother harm her own child?

For Tessa Leoni, the worst has not yet happened. She is walking a tightrope, with nowhere to turn, no one to trust, as the clock ticks down to a terrifying deadline. She has one goal in sight, and she will use every ounce of her training, every trick at her disposal, to do what must be done. No sacrifice is too great, no action unthinkable. A mother knows who she loves. And all others will be made to pay.

Thirty-year-old Alexandra Moreland, a prominent interior designer, already heartbroken at the disappearance of her toddler, Matthew, in Central Park two years earlier, now is facing a different tragedy. She is about to be indicted for identity theft...