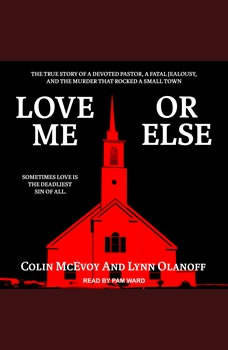 Love Me or Else: The True Story of a Devoted Pastor, a Fatal Jealousy, and the Murder that Rocked a Small Town

On the outside, Mary Jane Fonder seemed like a kindly sixty-six-year-old congregant of the Lutheran church in Springfield Township, PA. But inside, she longed for the church's handsome Pastor Gregory Shreaves, a former golf pro who sparked her most sinful thoughts. When Mary Jane let her feelings be known, the Pastor gently pushed her away. But her obsession only grew stronger when she became convinced that he was romantically involved with a younger church member, a woman named Rhonda Smith. Rhonda was doing volunteer work in the church office one day when she was shot to death in cold blood. The trail of evidence led police to Mary Jane, and soon other suspicions were raised: Was she also involved in the mysterious death of her own father fifteen years earlier? This is the shocking true story of love, worship, and murder in one American small town.