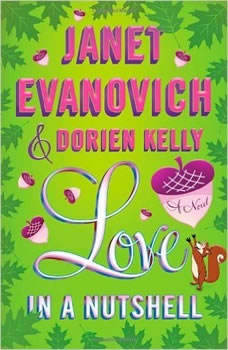 Love in a Nutshell

Number one bestselling author Janet Evanovich teams up with award-winning author Dorien Kelly to deliver a sparkling novel of romantic suspense, small-town antics, secretive sabotage, and lots and lots of beer Kate Appleton needs a job. Her husband has left her, she's been fired from her position as a magazine editor, and the only place she wants to go is to her parents' summer house, The Nutshell, in Keene's Harbor, Michigan. Kate's plan is to turn The Nutshell into a Bed and Breakfast. Problem is, she needs cash, and the only job she can land is less than savory. Matt Culhane wants Kate to spy on his brewery employees. Someone has been sabotaging his company, and Kate is just new enough in town that she can insert herself into Culhane's business and snoop around for him. If Kate finds the culprit, Matt will pay her a $20,000 bonus. Needless to say, Kate is highly motivated. But several problems present themselves. Kate despises beer. No one seems to trust her. And she is falling hard for her boss. Can these two smoke out a saboteur, save Kate's family home, and keep a killer from closing in…all while resisting their undeniable attraction to one another? Filled with humor, heart, and loveable characters, Love in a Nutshell is delicious fun.

I was very disappointed to receive the abridged version of this book. Some of the best parts of the book werent included in this audio version.*Picture of the book cover shows that it is abridged... but the description states that it is unabridged.