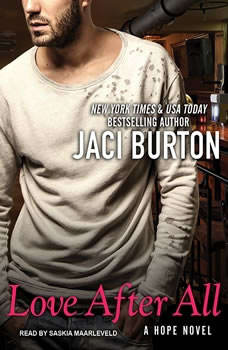 High school math teacher Chelsea Gardner has the perfect plan. She's tired of dating all the wrong men, and after years of frustration, she's developed a foolproof list of requirements for finding "The One." Bar owner Sebastian "Bash" Palmer finds Chelsea beautiful, smart and fun, but he thinks her list is ridiculous and unnecessary. Intent on proving that Chelsea is looking for love in all the wrong ways, he offers to help her find the "perfect" man. Chelsea knows that Bash isn't the right guy for her—he barely meets one of her criteria—but there's something about the charismatic man that has her yearning for things that are most definitely not list approved. Because sometimes, a relationship that looks totally wrong on paper can turn out to be incredibly right . . .

What You Need
by Lorelei James

Lennox Greene is a woman with a rebellious past, which she conceals beneath her conservative clothes. She knows that flirting with her boss, Brady Lund, during working hours is a bad idea. So when the handsome CFO of Lund Industries shows up at her ...

Love After All
Hope #4