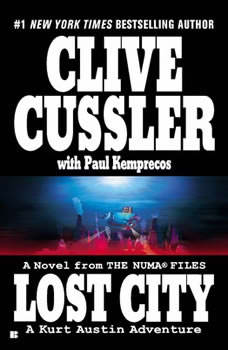 The key to eternal life has been found beneath two thousand feet of icy water in an area known as the "Lost City." To a family of ruthless French arms dealers, the Lost City is the key to world domination. To Kurt Austin, leader of NUMA's Special Assignments Team, and his colleague Joe Zavala, it may be their greatest—and deadliest—challenge of all.