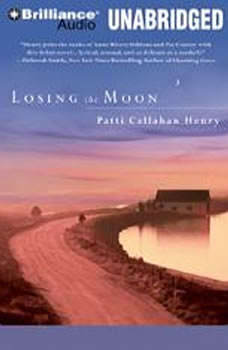 Like most mothers, Amy Reynolds has anticipated the moment when her son brings home his first serious girlfriend. But when he does, she’s shocked to meet the girl’s father. He is none other than Nick Lowry – the college boyfriend who captivated her heart and soul and then, without a word of explanation or warning, disappeared. She still remembers what she felt for Nick…and she still wonders what took him away from her. Life has been good to Amy. Her marriage is satisfying, her teenage children thriving. She loves her beautifully restored home and her work teaching at the local college. She has long since buried her memories of Nick. But now that he is back in her life, she can’t help recalling the beach where they walked and kissed and pledged their destinies together some twenty years ago. She can’t help missing the young woman she was then, full of passion and promise. And she can’t help being tempted by the life she might have lived…might still live – even though making that choice would betray all she holds dear.

At First Sight
by Nicholas Sparks

From the world's most beloved chronicler of the heart comes this astonishing story of everlasting love. Here, endings bring new beginnings and tragedies lead to unexpected joy, as the tale begun in True Believer continues...AT FIRST SIGHT There are...

Between the Tides
by Patti Callahan Henry

Nine months after Catherine Leary’s father, a literature professor, passed away, she still has not fulfilled his final wish: that she scatter his ashes in the Seaboro River in South Carolina. The scene of a childhood tragedy that forced her fa...

Sweetgrass is a historic tract of land in South Carolina that has been home to the Blakely family for eight generations. But Sweetgrass—named for the indigenous grass that grows in the area—is in trouble. Taxes are skyrocketing. Bulldoze...

Summer I Dared
by Barbara Delinsky

What comes after the moment that forever changes your life? This question haunts Julia Bechtel, Noah Prine, and Kim Collela, the only survivors of a terrible boating accident that claims the lives of nine other people off the coast of Maine. Ju...

Thirty-four year old Ruby Bridge is a not-too-successful comedienne who uses her mother, a nationally-syndicated "moral and spiritual counselor" as the main fodder for her cynical, rather bitter humor. Her mother Nora, long divorced from Ruby's fath...