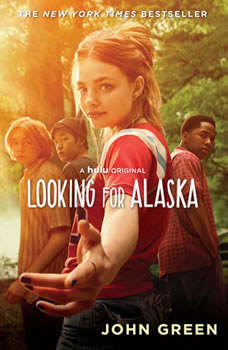 The award-winning, genre-defining debut from John Green, the #1 international bestselling author of Turtles All the Way Down and The Fault in Our Stars

Soon to be a Hulu limited series!

Miles Halter is fascinated by famous last words—and tired of his safe life at home. He leaves for boarding school to seek what the dying poet François Rabelais called the “Great Perhaps.” Much awaits Miles at Culver Creek, including Alaska Young, who will pull Miles into her labyrinth and catapult him into the Great Perhaps.

Looking for Alaska brilliantly chronicles the indelible impact one life can have on another. A modern classic, this stunning debut marked #1 bestselling author John Green’s arrival as a groundbreaking new voice in contemporary fiction.

Gabi, A Girl in Pieces
by Isabel Quintero