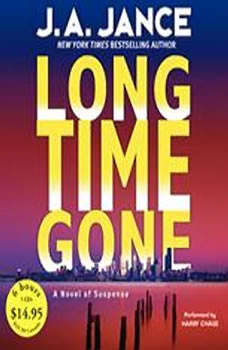 New York Times bestselling master J. A. Jance brings back J. P. Beaumont -- one of the most enduring and endearing characters in contemporary fiction -- in a riveting story about a shocking, long-buried case of murder ...After more than twenty years of distinguished service with the Seattle Police Department, Jonas Piedmont Beaumont is now working for the Washington State Attorney's Special Homicide Investigation Team or, as it's more commonly referred, the SHIT squad. But the more things change, the more they stay the same.An eyewitness to a fifty-year-old murder has just come forward, and Beau has been hand-picked to lead the investigation. While undergoing hypnotherapy, a middle-aged nun unexpectedly recalls the grisly details of a cold-blooded killing she witnessed when she was five years old. Though fear has kept these memories repressed for half a century, they've now risen to the surface to cast a harsh light on a deadly plot that spans two generations. And Beau's caught in the glare, facing a ruthless band of coconspirators willing to go to any lengths to keep their secrets hidden.Filled with all of the Jance trademarks -- heart-stopping suspense, deeply drawn characters, local flavor, intelligence, and humanity -- Long Time Gone is a crowning achievement in this bestselling author's career.Performed by Tim Jerome