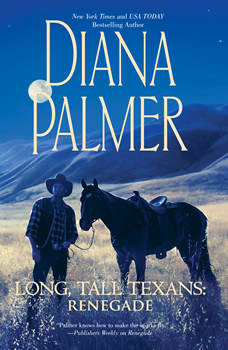 Newly appointed police chief Cash Grier makes it his personal mission to keep law and order in the streets of Jacobsville. As a true renegade, Cash has learned never to take anything at face value—especially not his gorgeous sworn enemy, "Georgia Firefly" Tippy Moore. But Tippy is no longer a spoiled Hollywood starlet, just an unassuming beauty who has almost as many skeletons in her closet as Cash.

The hard-edged Texan finds himself powerless to resist their explosive chemistry. Just as Cash is about to believe that Tippy might be the one for him, an unforgivable betrayal leads to despair, deceit—and unexpected danger. Now all roads lead to this one pivotal moment that will test the very fabric of a love that had once known no bounds….