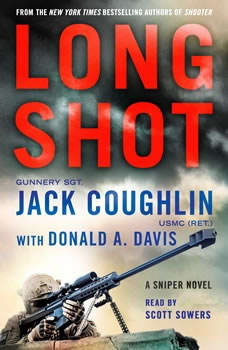 A top Russian intelligence agent has defected to the West and the only man with whom he will speak is Kyle Swanson, who busted him out of the U.S. Marine Corps Scout/Sniper School years ago. The defector proves to be an Edward Snowden-type gold mine of amazing secrets about the When, Where and How of President Vladimir Pushkin's next grab for lost Soviet territory.But Swanson, now a special contractor with the CIA, soon begins to believe that it is all fool's gold being sprinkled by Moscow to ignite an open military fight with NATO and the United States. Using his own deadly methods, the sniper sets out to find the truth, but to slow him down, the Russians kidnap Swanson's beautiful friend Calico, the CIA station chief in Estonia.From Italy to the Arctic Circle, Kyle Swanson is on the hunt, convinced that the defector actually is running a complex plot to hand Russia a kingdom in the north. But Swanson seems always to be a step behind because there is a traitor within his own chain of command. To stop the madness, Swanson must deliver a kill shot a hundred miles away from a border bridge in Estonia, where a Russian Army waits on the far shore as a government official crosses over with an invitation to invade.