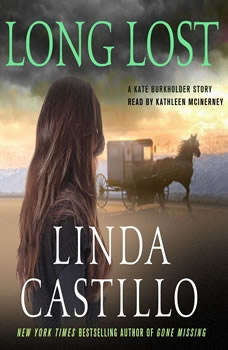 From Linda Castillo, the New York Times bestselling author of SWORN TO SILENCE and GONE MISSING, comes LONG LOST: a powerful and moving story about a troubled young woman and a decades old mystery set in the world of the Amish.It's autumn in Painters Mill, and Chief of Police Kate Burkholder and John Tomasetti are taking a much-needed vacation at a small bed and breakfast an hour outside of town. After closing a difficult case, they're looking forward to some down time, but their relaxation is cut short by rumors that the old house where they're staying is haunted by a girl who disappeared twenty years earlier, leaving nothing behind but some bloody clothes by the river and rumors of a volatile relationship. Swept up in the girl's story, and a need for justice, Kate and John begin looking into the mysterious disappearance of Angela Blaine. They discover long-buried secrets—and unravel a mystery with an unexpected outcome.